Nancy was diagnosed with chronic lymphocytic leukemia (CLL) in 2016 at age 63, with 13q and TP53 deletions by FISH, and unmutated IgHV. At diagnosis, she was asymptomatic, and she was Rai 1 with bilateral axillary lymph nodes palpable at 2x2 cm.

Given her cardiac risk factors, Nancy’s oncologist recommended treatment with acalabrutinib 100 mg twice daily. She had a pretreatment evaluation by the cardio-oncology service. Her baseline cardiac workup revealed BP 142/86 mm Hg, echocardiogram with an ejection fraction (EF) 60%, normal sinus rhythm on echocardiogram (ECG), and a stress test that was within normal limits. Her hypertension regimen was optimized with the addition of a diuretic (hydrochlorothiazide, 25 mg daily).

At her follow-up visit with cardio-oncology at the 6-month visit, Nancy’s cardiac workup showed a blood pressure of 136/74 mm Hg, normal sinus rhythm on ECG, and a lipid panel that was within normal limits.

When would you consult cardio-oncology or cardiology for patients undergoing treatment with targeted oral oncolytics?

Allan is a 74-year-old male diagnosed with CLL in 2001 at age 52 and first seen at MD Anderson Cancer Center in 2005. Initial peripheral blood workup revealed no mutations by FISH and hypermutated IgHV (3.4%). He was observed for 2 more years. In 2007, at the age of 58, he developed indications for treatment: progressive fatigue and night sweats. He received three cycles of fludarabine plus cyclophosphamide and rituximab (FCR), achieving minimal residual disease (MRD)-negative complete response. Treatment was discontinued following cycle 3 due to reactivation of cytomegalovirus (CMV).

In 2013, Allan began to show evidence of relapse with lymphocytosis. He continued to be observed. Then in 2014, he developed central nervous system (CNS) blastomycosis, requiring placement of a ventriculoperitoneal (VP) shunt. He was treated with voriconazole for 1 year, then maintained on fluconazole and levetiracetam prophylaxis long term.

Allan was prescribed ibrutinib 140 mg daily (dose reduced due to taking fluconazole). He was enrolled in an oral chemotherapy program provided by the PharmD team, and he received medication counseling prior to initiation of therapy. He was advised to stop taking fish oil supplements while on ibrutinib. He was followed weekly for 1 month by an advanced practitioner (AP) to monitor labs and assess for toxicities, then monthly thereafter. Three weeks into treatment, Allan developed a rash that did not resolve with topical steroids. The AP prescribed topical steroids and referred him to dermatology. Skin biopsy suggested a non-specific drug reaction.

Allan’s blood counts and CLL-related symptoms improved, but the rash became intolerable, so in December 2019 he was transitioned to acalabrutinib 100 mg daily (dose reduced due to antifungal therapy). A PharmD performed pretreatment counseling and discovered Allan had recently started taking OTC esomeprazole daily, which he had not reported at his last visit because he was taking it OTC. He was switched to famotidine and was instructed to take it at least 2 hours before or after the acalabrutinib. He was also referred to a registered dietitian to advise on dietary modifications for his reflux symptoms. Allan continued monthly follow-ups with an AP. He developed headaches early on in his acalabrutinib treatment and worked with the AP to manage his symptoms. The headaches eventually resolved.

Allan continues on treatment with acalabrutinib, achieving a partial response with his most recent CBC on 1/19/2021: WBC 11.3, hemoglobin 12.3, platelets 140.

Who in your practice conducts pretreatment counseling with patients, including a thorough evaluation of current medications and supplements that patients are taking to evaluate for contraindications?

Clinical Pearl: Medications with the same mechanism of action may have different toxicity profiles

Bob is a 61-year-old male who was diagnosed with CLL in 2004 at the age of 45. At diagnosis, he presented with autoimmune hemolytic anemia. He completed a prednisone taper and 4 weekly doses of rituximab with resolution. FISH testing on peripheral blood was negative; IgHV was unmutated at 0% deviation.

Bob started a fludarabine plus cyclophosphamide and rituximab (FCR) regimen on 08/15/2015 and completed 4 cycles with minimal residual disease (MRD)-positive remission (MRD by flow cytometry upon BMA/Bx on 11/21/2015 following C3: 13.2%). Further treatment was held due to prolonged myelosuppression.

Bob was observed until March 2017, when he presented with progressive adenopathy, splenomegaly, increasing fatigue, and night sweats. CT scan revealed adenopathy up to 4.7 cm and splenomegaly at 17 cm. He started treatment on ibrutinib, 420 mg daily.

He responded well with rapid reduction in adenopathy and improvement in symptoms. His WBC rose initially, reaching 187 on 4/28/2017. Three months into treatment, he began to complain of diffuse arthralgias and muscle cramps. His team recommended acetaminophen and tonic water.

Six months into treatment, Bob continued to complain of arthralgias, interfering with his ability to perform his job at a petrochemical plant. In December 2017, ibrutinib was held for 2 weeks, and he was given a brief steroid taper. He then restarted ibrutinib at a reduced dose of 280 mg daily.

Bob continued on ibrutinib with stable disease, but persistent complaints of arthralgias required additional dose-holds. In December 2019, the decision was made to transition therapy to acalabrutinib, at a dose of 100 mg twice daily.

For a patient experiencing simultaneous toxicity and response on therapy, what is your preferred course of action? 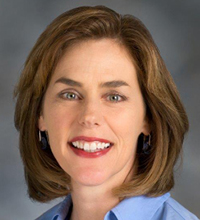 Jill Miller, MS, PA-C, has more than 13 years of experience in hematology/oncology. She is currently supervisor of advanced practice providers in the Department of Leukemia at The University of Texas MD Anderson Cancer Center in Houston.

If you enjoyed this Clinical Case Series module on CLL, check back often to see more modules on new topics.