Mr. Kay is a 56-year-old man who was diagnosed with follicular lymphoma (FL) from a right axillary lymph node biopsy in March 2011. Staging work-up revealed bone marrow involvement by lymphoma. He received 6 cycles of bendamustine and rituximab, and his post-treatment PET-CT scan was reportedly negative for active disease. Mr. Kay then completed 2 years of maintenance rituximab in October 2013.

In January 2015, Mr. Kay underwent a bilateral hernia repair but subsequently noted a swelling in the left groin beginning in August 2015 and progressively worsening. A biopsy of the inguinal lymph node in February 2016 was consistent with grade 1 FL. Additionally, a bone marrow biopsy was done, showing no evidence of lymphoma morphologically or by flow cytometry. Treatment options were discussed with Mr. Kay, and he was ultimately enrolled in the open-label, phase 1b ACE-LY-003 trial of acalabrutinib alone or in combination with rituximab (NCT02180711). Mr. Kay tolerated therapy well, without significant side effects or complications, and completed 6 cycles of treatment.

Imaging was done in late 2016 after completion of 6 cycles of therapy. Results showed progression of disease. Mr. Kay was taken off of the study and started on idelalisib in December 2016. Almost immediately after starting idelalisib, his labs showed significant elevation of his liver function transaminases (LFTs) and idelalisib was held. The APP ordered a repeat lab, which showed a continued increase. The APP decided that the best course of action was to admit Mr. Kay for further management. A hepatology consult was requested, and Mr. Kay was subsequently seen by hepatology in clinic. Steroids were initiated, and Mr. Kay demonstrated significant improvement in his LFTs. He remained off idelalisib until serial CT scans showed progression of disease. He then started treatment with copanlisib, which was initially well tolerated and with good disease control. Over time, the patient developed painful and worsening mucositis and ultimately discontinued copanlisib after 36 cycles (November 2020). CT scans conducted in August 2021 were consistent with disease progression, and options for treatment were discussed with Mr. Kay. He was initiated on tazemetostat therapy at 800 mg po twice daily. Interim CT scans following 3 months of tazemetostat showed good, partial response with the largest lymph node having decreased in size from 5.7 x 6.6 cm to 2.6 x 4.7 cm.

Continuing cancer therapy in the setting of comorbidities

Clinical pearl: Treatment options are available for patients with FL who have complicated comorbidities

Mrs. Bryant is a 78-year-old who was diagnosed with grade 2 follicular lymphoma (FL) in January 2016. Her disease was initially managed by observation without treatment until a PET-CT scan in March 2016 revealed concerns for higher-grade disease with high FDG uptake in greater than 3 nodal sites with lymph nodes measuring greater than 3 cm. Recommendation for treatment at that time was to proceed with a chemotherapy-based regimen; however, Mrs. Bryant opted against chemotherapy and was amenable to only monotherapy with rituximab. Following 4 weekly doses of rituximab, a clinical exam and restaging PET-CT scan were consistent with response, and Mrs. Bryant went on to receive maintenance rituximab. After 6 months of maintenance therapy, a PET-CT scan conducted in November 2016 showed stable size of lymph nodes, but increasing FDG uptake, suggesting rituximab alone was not controlling her disease. Therefore, the APP added bendamustine to Mrs. Bryant’s rituximab regimen. Upon completion of 6 cycles, imaging was consistent with remission. Mrs. Bryant completed 2 years of maintenance rituximab as of April 2019 without evidence of disease recurrence.

Later that year, Mrs. Bryant was diagnosed with Crohn disease. She started treatment with mesalamine, which was ultimately discontinued due to hospitalization for pancreatitis and concern about immunosuppression and the potential effects on her lymphoma. In December 2019 she was admitted for sepsis requiring intubation, which was attributed to pneumonia. Mrs. Bryant was also found to have heart failure (left ventricular ejection fraction [LVEF] of 25-30%) and acute kidney injury.

Surveillance CT scans in June 2020 revealed a new 3.9-cm left inguinal lymph node conglomerate that was concerning for disease progression. A biopsy of the lymph node was consistent with grade 3a FL. Treatment options were discussed, including enrolling in a clinical trial or beginning treatment with rituximab plus lenalidomide or PI3K inhibitors. After a thorough discussion with Mrs. Bryant, the decision was made to start rituximab and lenalidomide. She was unable to tolerate therapy with lenalidomide due to persistent rash as well as a flare-up of her Crohn disease that required a prolonged course of steroids.

In October 2021, Mrs. Bryant presented to the emergency department with increasing shortness of breath and cough. A CT scan revealed a large right hilar mass measuring 7.7 x 5.6 x 7.1 cm, with narrowing of right main bronchus and compression of right lower and right upper bronchus with partial right upper lobe atelectasis and concern for post-obstructive pneumonia. EBUS-guided biopsy of the mass was, again, consistent with grade 3a FL. At this point, Mrs. Bryant started treatment with tazemetostat 800 mg po twice daily. Approximately 3 months after starting therapy, CT scans showed a mixed response with significant interval decrease of the hilar mass to 3.4 x 3.9 x 3.2 cm as well as decrease in size of pericardiac and paratracheal lymph nodes, but stable to slight increase of inguinal lymph nodes. Given the overall clinical benefit, she continued on therapy.

Clinical pearl: Adverse events on tazemetostat therapy can often be managed by dose interruption and/or modification

Mr. Gordon is an 88-year-old with a past medical history significant for hypertension, benign prostatic hyperplasia, hypercholesterolemia, and squamous cell skin cancer (face, s/p removal) who was diagnosed with low-grade follicular lymphoma (FL) from a mediastinal mass biopsy in February 2017. His initial staging workup revealed stage IV disease with osseous and bone marrow involvement in February 2017. His initial treatment consisted of 6 cycles of bendamustine and rituximab, which he tolerated with good response. Additionally, Mr. Gordon completed 2 years of maintenance rituximab as of August 2019.

However, surveillance imaging in October 2019 was concerning for disease recurrence with multiple newly enlarged lymph nodes. A subsequent biopsy was consistent with Mr. Gordon’s known lymphoma, and he opted for treatment with duvelisib. He initially tolerated therapy well, without side effects or complications.

After several months of treatment, Mr. Gordon developed multiple infections requiring hospitalization, including urinary tract infections and upper and lower respiratory infections (not COVID-19). At that time, duvelisib was discontinued, and Mr. Gordon completed several courses of antibiotics and started intravenous immune globulin (IVIG) infusions for his recent history of infections in the setting of hypogammaglobulinemia. He remained off duvelisib but ultimately was found to have disease progression. He started treatment with tazemetostat at 800 mg taken twice daily. Mr. Gordon initially tolerated therapy well without reported side effects and had a good response as reported on CT scans.

However, approximately 6 months after starting tazemetostat, he developed grade 3 abdominal pain, nausea without emesis, and diarrhea. A gastrointestinal (GI) workup was unrevealing for a cause of these symptoms, and infectious workup was also negative. As the patient had not recently started any new medications, it was thought that tazemetostat could be contributory, given that abdominal pain is a known side effect of the medication.1 Therefore, tazemetostat was held. After 2 weeks off therapy, Mr. Gordon’s symptoms improved, but they did not completely resolve. It was decided to continue to hold tazemetostat for an additional 2 weeks, after which time Mr. Gordon reported no further GI symptoms. CT scans showed continued response despite treatment being held for approximately 1 month. Mr. Gordon restarted tazemetostat at a reduced dose of 600 mg po twice daily, which he tolerated well and without recurrence of GI side effects. 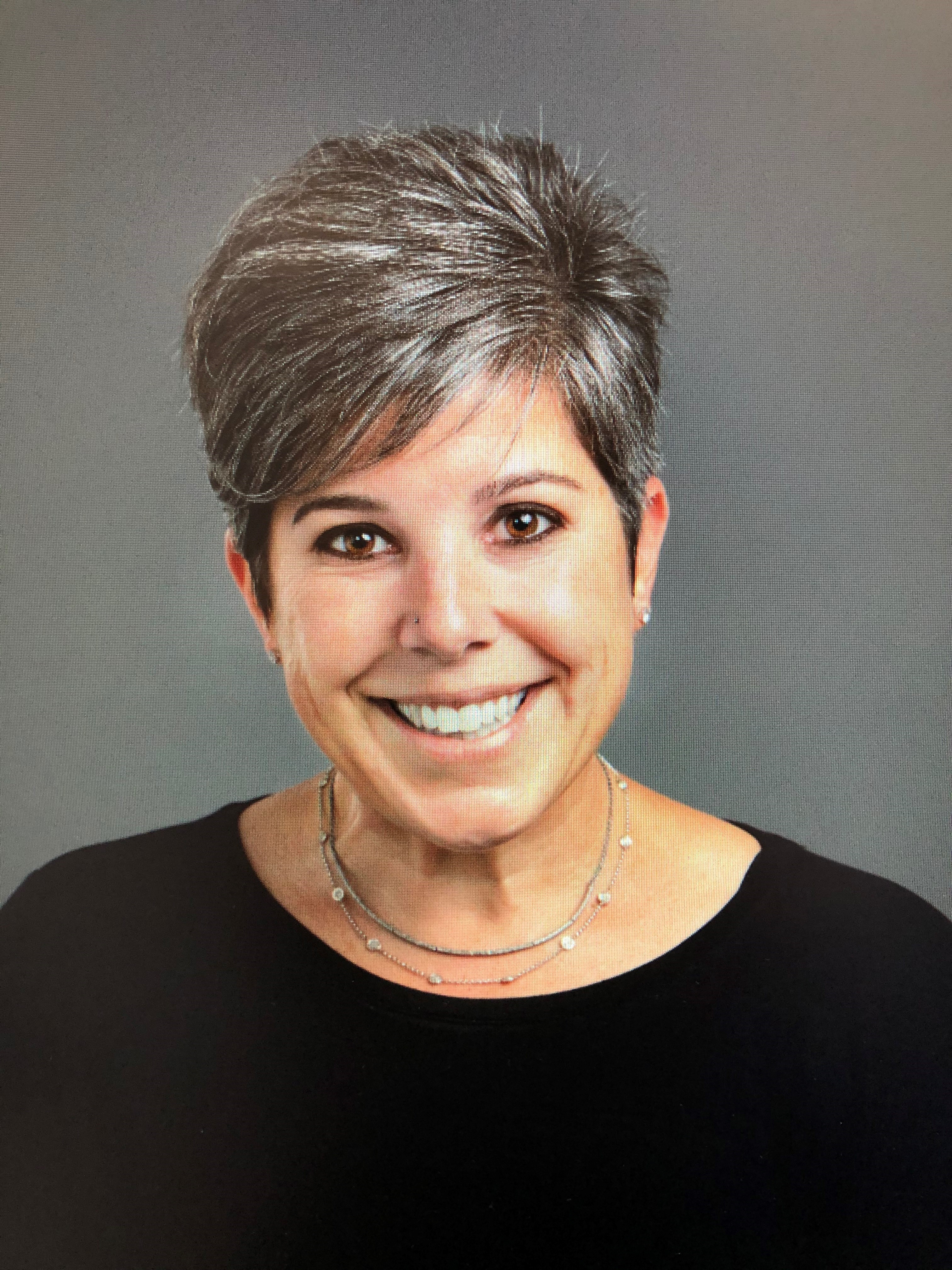 Jennifer Garson has a master’s degree in medical science, physician assistant studies. For approximately the last 17 years, she has worked at Rush University Medical Center’s Cancer Center, specifically in malignant hematology with Dr. Parameswaran. Prior to being a physician assistant, Jennifer was a registered dietitian.