Mr. Richards is an 87-year-old man who initially presented with macrocytic anemia, despite normal B12 and folic acid levels in 2016. He was seen by a hematologist, who performed a bone marrow evaluation. Mr. Richards was diagnosed with low-risk myelodysplastic syndrome (MDS) with a diploid karyotype. Next-generation sequencing (NGS) was not performed. His serum erythropoietin level was low at 5 mIU/mL, his white blood cell (WBC) and platelet counts were normal, and his hemoglobin was 9.2 g/dL.

Laboratory Values for Mr. Richards in 2016

The erythropoietin-stimulating agent (ESA) darbepoetin alfa was initiated at 300 μg every 2 weeks, along with supportive measures. The darbepoetin alfa dose was increased to 500 μg in December 2019. He had some delays in receiving the injections intermittently due to insurance complications. Overall, Mr. Richards experienced a response from the darbepoetin alfa and remained transfusion independent. He remained relatively asymptomatic.

In October 2020, a repeat bone marrow aspiration and biopsy revealed MDS with multilineage dysplasia and no increase in blasts. NGS was performed and identified mutations in SF3B1, TET2, and U2AF1.

A cytogenetics evaluation identified trisomy 8 in 19 out of 20 metaphases.

He began experiencing increasing fatigue and shortness of breath with exertion. At this time, Mr. Richards was given 1 unit of red blood cells (RBC) due to symptomatic anemia.

After his 4-month evaluation, Mr. Richards had a median hemoglobin of 11 g/dL.

He stated that his overall symptom burden has improved. He has remained transfusion independent after 4 consecutive doses of luspatercept. He is tolerating the luspatercept injections well with minimal site irritation. He follows up with your team every 3 weeks. His blood pressure has remained stable. He reports no arthralgias, dizziness, or gastrointestinal symptoms with injection.

Given the trend in his counts, loss of response to ESA, and symptom burden, what would you recommend next for Mr. Richards, our patient from Case 1?

Mr. Brown is a 72-year-old man with a history of myelofibrosis (MF) that was diagnosed in 2012. At the time of his diagnosis, he exhibited mild leukocytosis (WBC 15,000), asymptomatic splenomegaly, no anemia or thrombocytopenia, and no symptom burden. His initial bone marrow biopsy done at an outside facility in June 2012 showed 60% cellularity, atypical megakaryocytes, and myelofibrosis grade 1. BCR-ABL fusion was negative and JAK2 mutation analysis was positive. He was subsequently placed on observation for early-stage MF.

Mr. Brown was evaluated by benign hematology and referred to the leukemia department, where he was noted to have progressive thrombocytopenia. A repeat bone marrow biopsy was performed in 2013 and demonstrated persistent myeloproliferative neoplasm with MF grade 3, not associated with any dysplastic changes. His symptom burden was minimal, and his counts were stable with the exception of mild thrombocytopenia (Table 1).

Laboratory Values for Mr. Brown in 2013

His performance status was excellent, and he remained transfusion independent; he was therefore continued on observation.

Mr. Brown stayed on observation from 2012 until 2020, when he was noted to have progressive splenomegaly, thrombocytopenia, and fatigue. His fatigued increased from grade 1 to grade 3, and he experienced moderately decreased appetite with an approximate 10-pound weight loss during the last few months. Upon physical examination, his spleen measured approximately 16 cm from the left costal margin, which was an increase from 13 cm in a 3-month time period. His laboratory values showed thrombocytopenia and a peripheral blood NGS panel identified mutations in JAK2, TET2, GNAS, and IKZF1.

Laboratory Values for Mr. Brown in 2020

Peripheral Blood NGS Panel From 2020 Prior to Treatment

The decision was made to initiate treatment due to progression of Mr. Brown’s disease. The team discussed starting ruxolitinib versus fedratinib. The clinical team decided to administer fedratinib as front-line therapy for intermediate-risk MF with progressive symptoms/splenomegaly and platelets between 50,000 and 100,0000. Fedratinib was initiated at 400 mg PO daily with meals. He was monitored weekly by the advanced practitioners (APs), including symptom check and labs.

Mr. Brown began to complain of mild to moderate nausea and “reflux” symptoms. He was taking over-the-counter Pepto Bismol and Tums with partial, intermittent alleviation. The AP decided to start him on Protonix 40 mg PO daily in the morning and prescribed a Zofran 4-mg oral dissolvable tablet every 8 hours as needed. After 2 weeks, Mr. Brown reported that his symptoms were better and tolerable. Upon evaluation at 1 month, he was feeling slightly better, with a mild increase in appetite. His spleen was still measuring around 14 cm. The plan was for him to continue on treatment while monitoring his labs every 2 weeks; and a follow-up was scheduled in 1 month.

At a follow-up visit 6 weeks into therapy, the AP noticed that Mr. Brown had developed a grade 1 elevation in his ALT/AST and discussed these findings with the primary team. The clinical team decided to continue Mr. Brown’s current regimen, emphasizing that he was not to take any hepatotoxic regimens and that they will repeat his labs in 2 weeks.

The patient is now 6 months into therapy, and he has marked reduction in his spleen size to approximately 7 cm, his liver function enzymes are stable, and his gastrointestinal symptoms are manageable. The plan is to continue on the current regimen as long as he is tolerating therapy and deriving benefit.

If a patient experiences a mild to moderate (Grade 1) ALT and/or AST elevation while taking fedratinib, what are your typical recommendations?

Mr. Green is an otherwise healthy 35-year-old man who presented to the emergency department (ED) for concerns attributable to new acute leukemia. His past medical history was unremarkable except for hypotestosteronism. His main complaint was fatigue and “small red dots all over his body.” He denied any fevers, weight loss, night sweats, or recurrent infections.

The complete metabolic profile (CMP) was unremarkable with the exception of mild hypokalemia (3.3 mmol/L). Mr. Green’s vitals were within normal limits. The physical examination was unremarkable except for generalized petechiae.

Mr. Green underwent an initial bone marrow aspiration and biopsy, with the results showing acute myeloid leukemia (AML) with multilineage dysplasia (AML-MRC) with 37% blasts and myeloperoxidase (MPO) expression-positive. Immunohistochemical staining for blasts demonstrated that they were BCL2-positive and a subset were MYC-positive; they were negative for p53 and NPM1. The cytogenetics demonstrated 45,X,-Y[10]/46,XY,del(9)(q13q34)[2]/46,XY[8]. An NGS panel was positive for mutations in NRAS, ASXL1, and IDH2 (allelic burden <2%). A baseline chest x-ray, chest CT, and echocardiogram were all within normal limits.

Mr. Green was screened for eligibility for clinical trials and deemed eligible for a trial evaluating cladribine, idarubicin, and cytarabine (CLIA) plus venetoclax. He agreed to participate in the trial and received cycle 1 on inpatient service to monitor for tumor lysis syndrome (TLS), side effects, and to receive infection prevention. His day 28 bone marrow showed 2% blasts consistent with morphologic remission, and cytogenetics revealed normal male karyotype in all 20 metaphases. A repeat NGS panel was completely negative, and flow cytometry was negative for minimal residual disease. Cycle 1 was complicated by rectal abscess requiring IV antibiotics and supportive measures. Given his response to cycle 1, the team discussed consolidation therapy with Mr. Green. The team also discussed with him the potential for stem cell transplant given his age, performance status, and bone marrow showing dysplasia, NRAS, and ASXL1.

Mr. Green proceeded with consolidation of CLIA plus venetoclax at 25% dose reduction due to infectious complications with rectal abscess. Cycles 2 and 3 were also complicated by recurrent rectal abscess and prolonged myelosuppression. His cycle 4 was again dose-reduced. He continued to sustain his complete molecular remission by flow cytometry and NGS. During this time, he had been seen by the stem cell transplant team. He was identified to have a 10/10 matched unrelated donor (MUD). However, Mr. Green was concerned that he would lose his job and be unable to support his family. He had worked throughout his cycles 2 to 4 of consolidation. Given his infectious complications, prolonged myelosuppression, and his desire to not proceed with stem cell transplant, the team decided to transition him to maintenance therapy.

Given Mr. Green’s desire to continue to work with minimal interruptions, it was decided to initiate an oral hypomethylating agent as maintenance therapy. The team prescribed oral azacitidine. A test prescription for oral azacitidine at 300 mg PO daily on days 1 through 14 of a 28-day cycle was sent to the specialty pharmacy. He was also prescribed oral Zofran ODT 4 mg sublingual to take 30 minutes prior to each dose as prophylaxis for known nausea associated with this regimen. On cycle 1, day 1, of maintenance, he had achieved complete count recovery with an ANC greater than 1.00. Common side effects to monitor for include myelosuppression and gastrointestinal toxicity were discussed with him. It was agreed for him to transition care to a local oncologist where he would continue maintenance therapy with a plan for his labs to be monitored locally twice a week.

During his maintenance therapy, he required 1 unit of RBCs and 2 platelet transfusions during month 1. He was able to proceed to cycle 2 with complete count recovery (ANC > 1.00 and platelets above 80 x 109/L). However, during cycle 2, his transfusion dependency increased slightly, requiring 2 units of RBCs and 3 platelet transfusions. At follow-up on day 28, his ANC was less than 1.00 and his platelets were still 50 x 109/L. His next cycle was delayed to determine if he needed additional time for recovery. Mr. Green also stated that he had been noticing some reflux and nausea in the morning, preventing him from drinking his morning coffee and eating breakfast. He stated that he could eat something bland around noon, when his symptoms improved. He stated that this was happening more frequently over the past 2 months. He was able to continue to work despite his symptoms, with the exceptions of the days on which he required transfusions.

What are some common side effects associated with oral azacitidine that you counsel your patients about? Select all that apply. 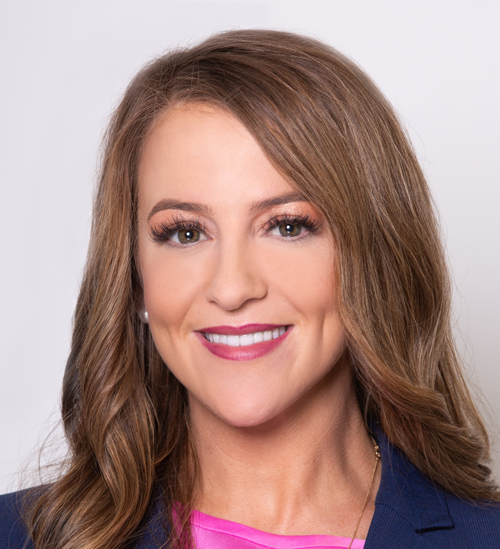 Allyson D. Price, PA-C, is a physician assistant in the department of leukemia at University of Texas MD Anderson, where she founded and is also the program coordinator for an education course for patients with newly diagnosed acute leukemia. Allyson is an active member of several professional organizations, has published in Frontiers in Oncology and Blood Cancer Journal, and is active in the Leukemia & Lymphoma Society (LLS). In 2018, she rode 100 miles around Lake Tahoe at the America’s Most Beautiful Bike Ride for LLS and was a top 20 fundraiser.

If you enjoyed this Clinical Case Series module on myeloid disorders, check back often to see more modules on new topics.